The Key To Longevity - Tips from Bernando Lapallo, Who Lived to be 114

On Christmas Day, 2014, my husband scolded me for posting the video below, on Facebook. While other people were posting pictures of their Christmas tree and their loved ones and newly opened gifts, his wife was posting a video about the importance of keeping your colon clean. He said "You're going to lose your Facebook friends!"  Sorry, but I just can't help myself.  I thought this was one of the best videos I've ever seen (and in my opinion, the perfect Christmas gift)! Lol!

Your colon is just another part of your plumbing system. It's your waste removal system, and if it's impaired, or your body is unable to properly eliminate waste... you're going to have major problems.

Bernando Lapallo talks about how important it is to keep your colon clean. Look at how healthy this man looks!  He was over 100 when this was filmed.


Hope you enjoyed the videos!

Why it's important to Keep Your Colon Clean!! And avoid getting Diverticulitis like the plague!

I'm doing this post today because I just learned what diverticulitis is. I know two people who have it, and have tried to get them on board with drinking electrolyzed reduced water because Dr. Hiromi Shinya (considered by many to be the world's best doc to see if you need a colonoscopy) recommends it to all his patients and he has seen incredible results. Dr. Shinya invented the polypectomy (the procedure that removes polyps from the colon). One friend did try the water for a while and loved it, but my husband stopped delivering it and I need to reach out to him again.

The other woman is very into allopathic medicine and is the type to not do anything that is outside of doctor's orders, so I doubt I will ever get her on board. I've sent her a ton of information on it, including videos showing what great results people have, using electrolyzed reduced water for diverticulitis, but so far... no luck.

Whatever the case is, I want to share with you what diverticulitis is, and why YOU DO NOT WANT TO EVER HAVE IT.  In the past, I wouldn't have thought constipation was a big deal, but IT IS. Constipation can lead to diverticulitis, and if you take a quick glance at what I've highlighted below, you'll see why you need to AVOID THIS DISEASE AT ALL COSTS!

This information is from THIS PAGE:


The Key to Longevity: Cleansing the Colon
by Roopa Chari, M.D.

In America we currently have an epidemic of colon cancer and diseases of the colon due to several reasons some of which include a poor diet, lack of exercise, dehydration, and emotional stress leading to constipation.

Modern life-style has taken its toll on our digestive and eliminative organs. Commercial foods mostly have an acid pH and acidic foods are addictive which is why most children raised on junk foods do not eat fruits and vegetables, which are fresh, raw and natural. Commercial foods also have a very slow transit time in the colon.
The incidence of colon degeneration such as diverticulosis which are herniated bowel pockets caused by constipation has significantly increased. These bowel pockets, caused by increased pressure in the bowel are filled with stool and can become infected if the rotting feces erode the surrounding mucosa in the colon. Colon polyps have also increased in incidence, as up to 50% of Americans have polyps in their colon. These polyps which protrude into the inside of the colon can eventually transform into cancer.

And from THIS PAGE:

Diverticulitis – For unknown reasons, a diverticulum, usually in the left colon, can become inflamed (diverticulitis) and sometimes burst leaking bacteria-rich feces into the abdominal cavity (peritoneum). The result is usually confined to the surface of the adjacent colon producing an acute, sometimes devastating illness characterized by severe abdominal pain in the left lower part of the abdomen, fever and prostration. The treatment usually consists of fluids, bed rest, and antibiotics. Some cases require hospital admission.


If you happen to have diverticulitis, let me know and I can send you some video testimonials showing how people with diverticulitis have greatly benefitted from electrolyzed reduced water.

Posted by Laura Ellen at 1:15 PM No comments: 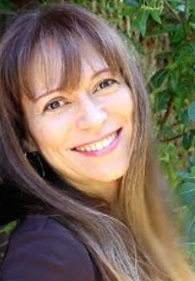